Are Your Reviews Legitimate?

You’d be forgiven for being a little dubious of our 5-star rating. At the time of writing with 37 Google reviews, all are 5 stars. We are proud to be the highest-rated scaffolding company in Kent. Our team works very hard to maintain this reputation and the standards that underpin it; our reviews testify to this.

But we want you to trust in our reputation and have upmost confidence in us, after all our scaffolding is keeping you/your workers safe.

We want to be 100% transparent with our customers and potential customers.

Many of our reviews include precise details about jobs which are often left out by fake reviewers. For example this reviewer goes into specifics about the scaffolding being modified:

“When Russ came to disassemble the scaffolding I asked him if it would be possible to modify some of the scaffolding to give me access to a lower roof ,which he said no problem, he modified the scaffolding which I had for a extra four more weeks, when I asked Russ how much extra he simply said no charge all part of the service.It’s a no Brainer I would use Russ and blitz scaffolding every time.”

This isn’t a given but as website reviews.io says: “reviewers who leave feedback that could’ve been written by anyone are more likely to be fake than those that go into details”.

Paid for reviews typically include the company name a lot, or certain keywords related to the service, like “scaffolding company”, “scaffolding hire” etc.. Often they are signed off with “thanks”.

Few if any of our reviews would be considered generic.

Many reviews in a short time-frame

One of the biggest tell-tale signs of fake reviews is a large number received in a short space of time. The reviews for Blitz Scaffolding are spaced evenly over the course of two years (to date).

When users post a review for a business on Google it is linked to their Google profile. If they have written reviews for other businesses you can tap onto their profile and look at them. If their other reviews seem suspicious, unrelated or there’s an unnatural recent flurry of them then they could be fake.

A quick look over their profile will show you how long ago reviews have been left.

Genuine reviews are more likely to have a genuine profile photo attached to them, a photo of a real person or something meaningful. Fake reviewers tend to have no profile photo, or a cartoon photo.

A few of our reviews have genuine photos of the reviewer themselves.

Another tell-tale sign of a fake review is the reviewer using words that most people wouldn’t use. All of our reviews are written by local, real people with proper, common-sense English, and many are in-depth too.

Read the reviews and make up your own mind

Read our reviews yourself and see what past customers have to say about us, and why we’ve been rated the best scaffolding company in Kent. 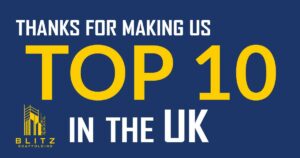 Blitz Scaffolding is now proud to be one of the UK’s top 10 scaffolding companies. Some time ago we reported being the top rated scaffolding 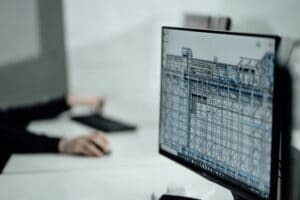 Scaffolding Design & When to Use It

Most scaffolding, particularly in the residential sector, follows a similar sort of pattern. There may be variances from one job to the next, different heights,

How Safe is Scaffolding?

A question that people sometimes ask before having scaffolding erected is “how safe is it?”. Working at height is dangerous, there’s no doubt about that.